Outside of reconciliation, the only way the debt ceiling gets resolved is if one party caves, which is never easy to do

DEMOCRATIC DIVISIONS OVER THE SPENDING PACKAGE EXPLODED OVER THE WEEKEND

Last Thursday Strategas (one of our research partners) outlined all of the troubles Democrats were having in moving their agenda forward and that the infrastructure vote was likely to be delayed. The delay of the infrastructure package did materialize but during that process, we saw a level of optimism emanating from Congressional leadership that a deal could take place on Friday. Senator Manchin put out his price tag Thursday afternoon, giving the process a bookend for potential outcomes. In a Strategas research update on Friday, they noted a deal could happen quickly if both sides were ready to compromise. They could not have been more wrong. Instead, we are back where we started with Democratic leadership pushing more spending than moderates are willing to accept, President Biden telling Democrats that infrastructure is again linked to the larger spending package, Pelosi delaying the timeline by a month, and activists pushing Senator Sinema to support Build Back Better. In the span of three days, the progress made towards a resolution seems to have stalled out entirely.

The consensus is now lowering both the odds of a spending package going through and the size of that package if it goes through. For a deal to happen we need to see: 1) An agreement on the topline spending number with Pelosi/Biden at $2.1 trillion and Manchin at $1.5 trillion; 2) An agreement on how to fit $3.5 trillion of spending into a $1.7 trillion package; 3) Smaller tax increases and pharma cuts and 4) President Biden to engage and communicate.

ONE PARTY NEEDS TO CAVE TO SOLVE THE DEBT CEILING

Two paths for Congress to raise the debt ceiling: 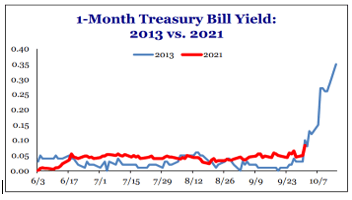 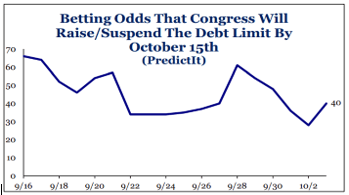 WE DISAGREE WITH THE MARKET: FAILURE OF THE SPENDING PACKAGE IS A BULLISH EVENT

We get the sense that financial markets are welcoming the large $3.5 trillion spending package from a macro perspective. We disagree as we see the tax increases as immediate, the spending delayed, and the tax increases much more negative for growth than the spending. Of course, the final details will matter. But there seems to be a complacency that tax increases won’t matter much and the spending is a cushion for future growth. Still, earnings pressure is rising and the tax bill shaves 5% off 2022 earnings. This does not include the pharma cuts or the tobacco tax increases. Nearly every company will get an earnings hit. Only a few companies get the benefit from spending. 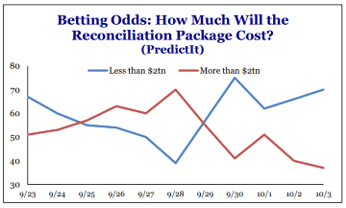 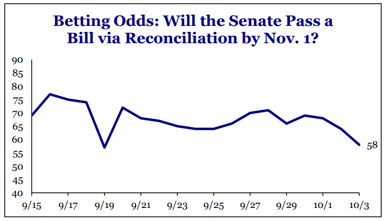 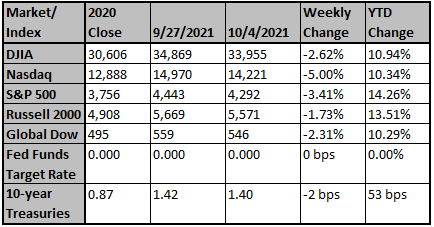 OPEC and its allies will meet to decide whether to raise ...

Some analysts expect the group, known as OPEC Plus, to sign off on a plan to increase production by a modest 400,000 barrels a day next month, under a deal reached in July.

Some indexes that strip away price changes due to idiosyncratic swings in supply and demand show inflation running ahead of the Fed's 2% target.