Inflation Surges to 4.2% - Should we be worried?

The big headline is that year-over-year inflation came in at +4.2%. What the headline leaves out is that inflation hit a period low in May 2020, meaning much of the inflation data we are seeing now is simply “catching up” to where things would have been if we had never had the 2020 recession. It also fails to mention that inflation almost ALWAYS runs higher during the recovery from a recessionary period. 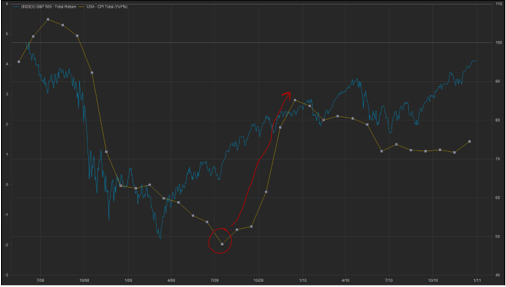 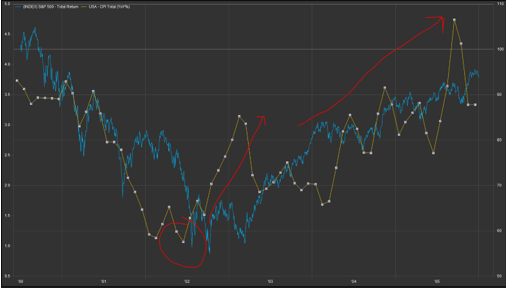 So while headline inflation is an attention grabbing statement (after all, none of us really like high inflation), the big question for investors is not how high will inflation go, but rather, what will inflation do to investors’ net worth and their lifestyle. To answer these questions, we think it is helpful to review what happened in the twelve months following the “hotter” inflationary periods after a recession ended.

Inflation peaked in September 2005 following the 2000 recession. The chart below shows what the S&P 500, the Barclay’s Aggregate Bond Index, and inflation did for the 12 months following September 2005. 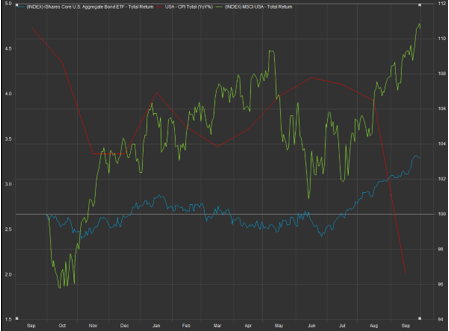 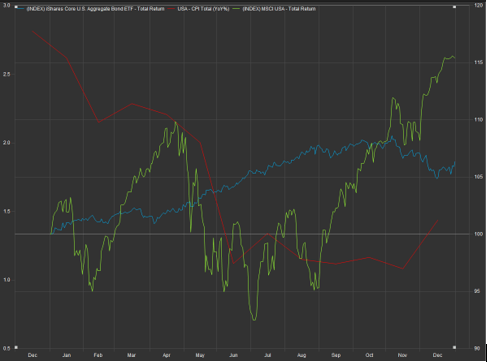 Inflation peaked a second time after the 2008 recession in September 2011, and one year later the S&P 500 was up 30.2%, AGG was up 5.0%, and inflation had fallen from 3.8% to 1.9%. Again, both stocks and bonds produced positive real returns, but once again stocks dramatically outperformed bonds, and cash again produced a negative real rate of return. 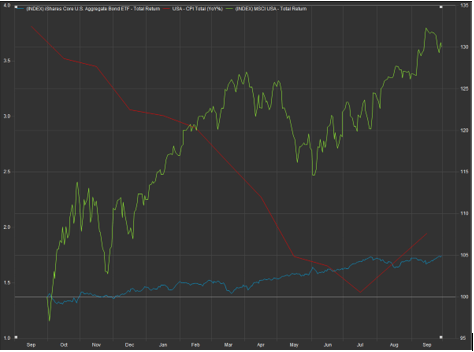 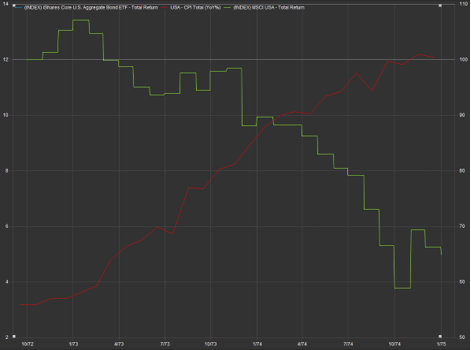 Although many blame the drop in the stock market on inflation, the data does support this presumption. We can compare September 1972 through December 1974 with January 1977 through March 1980. These were two of the periods in recent US history with the highest inflation numbers. Below is a table comparing various data sets between the two periods. If “inflation” were to blame for the stock market tumbling, then January 1977 through March 1980 should have performed worse than September 1972 through December 1974, but it did not. It actually outperformed 41%.

With the exception of the 1987 flash crash, which recovered in 18 months, there have been NO other sharp, long-term drops in the US stock market that were not also accompanied by a sharp drop in (or negative) US GDP. This tells us that the question of the day is NOT so much what the inflation number is, but rather what will GDP do. With the economy continuing to reopen, capital expenditures increasing, a much higher money supply (M2), rising wages, a dramatic build-up in savings over the last year, record corporate margins, very high levels of corporate cash and very high free cash flows, we cannot imagine a sharp drop in GDP is on the horizon yet. This leads us to believe that although volatility is climbing, the market is not on the precipice of a prolonged, sharp drop, but rather is likely to keep grinding its way higher.

Please call us or email us with any questions that you would like to discuss.